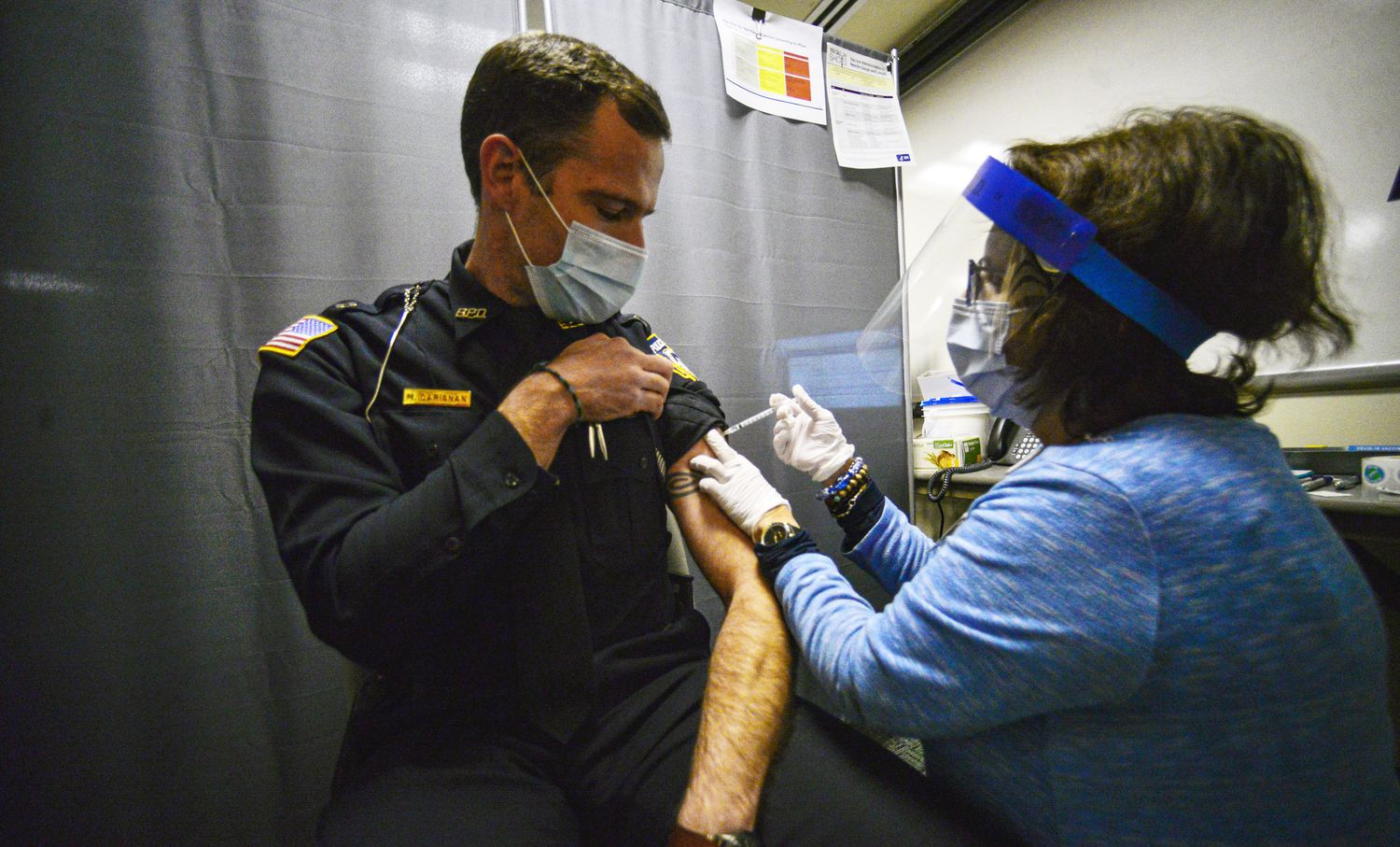 American immunologist Drew Weissman says that after the first dose of the Pfizer / BioNTech vaccine his arm hurt, but only for an hour. “My wife and daughter, who participated in the Moderna clinical trial, had pain for days and some flu-like symptoms.

It is an unwanted effect of the vaccine, but to a certain extent it is inevitable, since it is a sign that the immune system has reacted and that the vaccine is taking effect, “says the scientist from the University of Pennsylvania from his home in Philadelphia ( USA).

In 2015 Weissman, Katain Karikó, and Norbert Pardi , also from the University of Philadelphia, made an important discovery. They created the right envelope for messenger RNA to reach the cells of the arm muscle and those of the immune system.

These are spherical nanoparticles made of fat that carry messenger RNA to the cells of the immune system. Weissman’s team has shown in animals that these encapsulated vaccines generate a much more effective immune response, for example against the flu.

The Weissman and Pardi lab is developing new RNA vaccines for 30 different infectious diseases. They are the future. Five of them are already being tested in humans: two against the AIDS virus, one against seasonal flu, one against all flu, and one against the genital herpes virus. “This technology has enormous potential,” says Weissman.

“Lipid nanoparticles were the missing piece to make these vaccines possible,” explains Norbert Pardi. This young biochemist represents the second generation to have dedicated his career to making RNA vaccines possible.

His grandfather was a butcher and worked alongside Karikó’s father in the same Hungarian city where they were both born, Kisújszállás, about 100 kilometers from Budapest. “I met Katalin in 2000 and for ten years we met every summer when she came to visit and we talked about science.

In 2011 I joined their group, which was already working on how to produce RNA with less inflammatory properties, which allowed it to be used as a therapy or as a vaccine, ”recalls Pardi.

RNA is a molecule that does almost all of life’s work at the molecular level . It is in charge of entering the nucleus of our cells and reading the DNA, the sequence of 3,000 million letters arranged in a precise order —ATCG …— and which contains all the instructions to maintain a living being.

Once read, the messenger RNA leaves the nucleus and begins the process to produce proteins, the molecules that allow us to see, think, walk and breathe.

In 2005 Weissman and Karikó discovered that by changing a single letter of the RNA genetic sequence – writing a Ψ (pseudouridine) instead of a U (uridine) – messenger RNA produced much more protein and did not generate inflammation, something common with non-RNA. modified.

The study had profound implications for the evolution of life on Earth. The RNA modification made by this team is an imitation of what often happens in the cells of our body naturally. Modified RNA is much more abundant in mammals than in bacteria – and life on Earth began with bacteria about 3.5 billion years ago.

The cells of the immune system are very susceptible to unmodified RNA and generate an inflammatory response, as they consider it to be a dangerous virus or bacteria.

In a way, Karikó and Weissman’s breakthrough could be read as a natural modification that occurs in mammals and that prevents the immune system from firing. “Moderna and BioNTech use modified RNA in their vaccines against covid, it is something fundamental”, emphasizes Pardi.

Now that an RNA vaccine — BioNTech / Pfizer — has been approved and another is on the way — Modern — Pardi believes the door is opening to many more uses. “Potentially RNA allows you to attack many pathogens, not only viruses, but also parasites such as malaria,” he highlights.

Further, the modified RNA could make the world’s most expensive drugs cheaper . Katalin Karikó’s current work at BioNTech is protein replacement. These for example are the famous monoclonal antibodies, which are already used against cancer and are being tested as a treatment against covid.

Producing these proteins capable of neutralizing the virus is complex and very expensive. A single treatment can cost several thousand euros. “Messenger RNA, on the other hand, is cheap to produce and could have the same effect: entering cells and producing the desired protein,” explains Karikó.

It is the future of messenger RNA, a molecule that we could not live without and that can get us out of this pandemic.

Regarding the revolution that COVID vaccines represent, developed in less than a year, Weissmann’s speech is reassuring: “I think that anti-vaccines that do not attend to reasons are only a small percentage of the population.

The rest of the doubters are just nervous, but they shouldn’t be. These vaccines have been developed in just 10 months, but it has not been at the cost of softening the approval criteria, but allowing the different phases of clinical trials to be carried out at the same time.

Developing the vaccine was easy because it was only necessary to change the messenger RNA to produce a new protein, the spicule of the new coronavirus ”.

In his opinion – and Karikó’s as well – it is impossible to give a Nobel prize for the discovery of the vaccine because countless scientists have participated in it.

For example, Weissmann says that the team at the National Institute of Infectious Diseases led by Barney Graham and involving Jason McLellan of the University of Texas, has made a critical contribution by developing the stabilized form of protein S that the vaccine uses. by Moderna.

This is the key piece of the virus, as it allows it to bind itself to cells, enter them, hijack their machinery and produce tens of thousands of copies of itself.