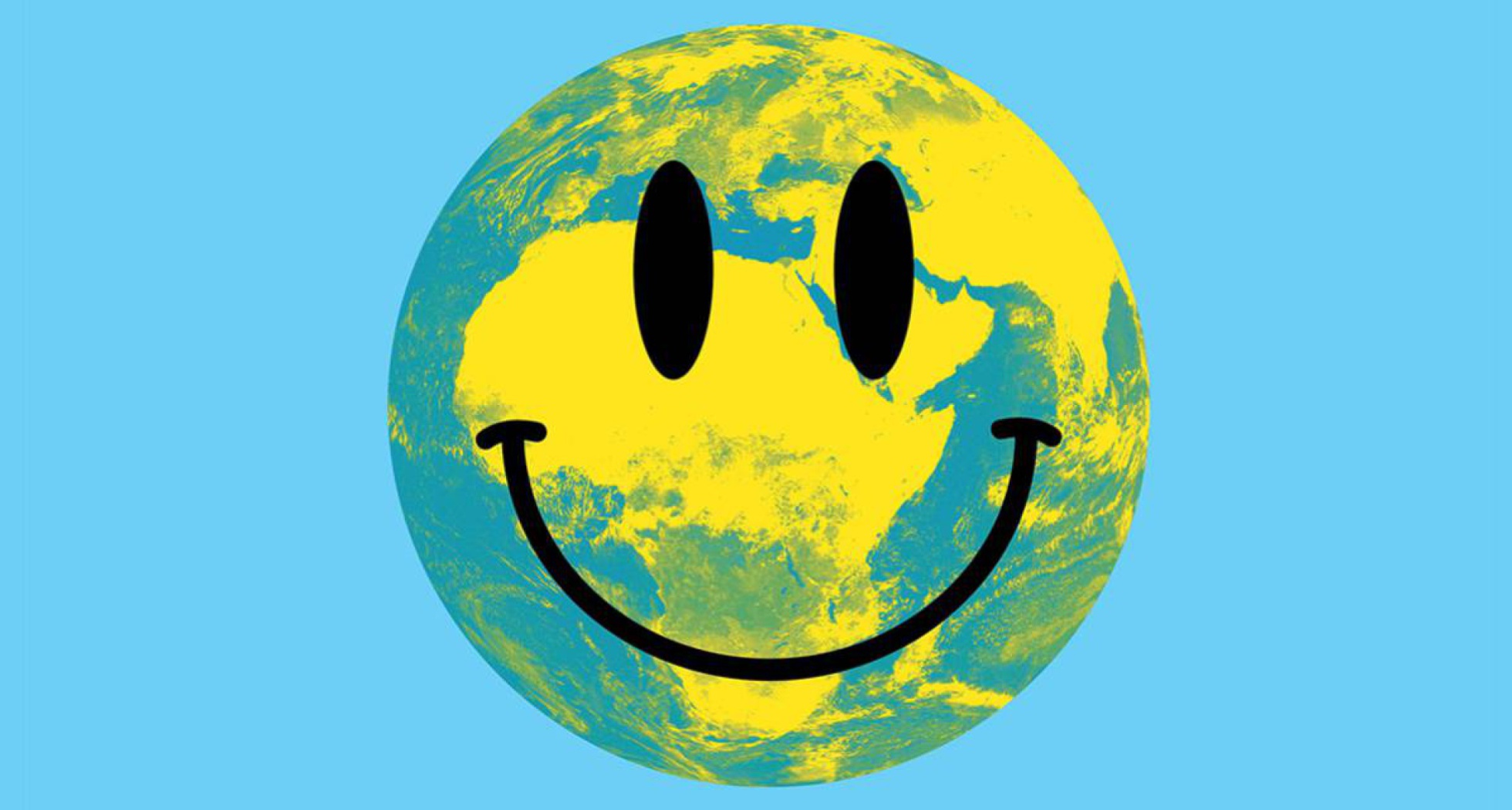 Goodbye to a bad year? 42 good news to start 2021 with optimism. A list of positive data for the new year, in the ‘newsletter’ of Kiko Llaneras.

This year I close it like last, with a list of data that is not exhaustive or impartial: it only contains good news.

We have had a bad 2020. The worst in decades for many countries: a pandemic has killed tens of thousands of people in Spain, Mexico or Colombia. If you have been lucky, you will suffer the economic crisis and the global setback. If you haven’t had it, you will have lost someone.

But it is possible to be optimistic. This pandemic is typical of the 21st century, because it feeds on our hyperconnection and jumped from Wuhan to La Gomera in four weeks. But there is also futurism in your defeat: the fastest vaccine in history will save millions with a technology unthinkable when you went to high school.

And isn’t it science fiction to confine a continent and almost sustain its economy? The virus has been held back by decades of progress. But how many deaths would this epidemic have caused in 1970? The 1918 flu killed 50 million.

The other reason for making the list is the same as last year. I want to combat a paradox: Most people believe that the world is going backwards and that we are headed for chaos, although the data makes it clear that this perception is false. The world doesn’t get worse, it gets better .

This does not mean that it is a perfect place. Not even a good place. We suffer injustices, wars, hunger and violence. A minority of the population owns most of the wealth, while 9% survive on less than two dollars (1.6 euros) a day. Poverty is everyday. But of all the global scenarios that we have known (not imagined or desired, but known) this is the best.

Recognizing that we progress makes many people uneasy, because they fear it will make us conformists. But I think it’s just the other way around: to keep walking it is useful to feel that you are moving forward.

1. 💉 The best: the fastest vaccine ever. The principle of the RNA vaccine was made in days, in a laboratory that only needed to download the genome of the virus by computer (without having a single molecule of the pathogen in its laboratories). | THE COUNTRY

2. 📉 The most important chart of the year? It is from the scientific article that demonstrates the efficacy of the Pfizer and BioNTech vaccine. It represents how two groups are becoming infected with covid, the placebo (where the cases grow) and the vaccinated group (where they hardly do so). | Insight

7. ♥ ️ And not just children: people of any age live longer. Life expectancy at ten years has lengthened 14 years since 1950. In England, for example, people in their 60s will live to be 84. | Max roser

8. 🏄🏼‍♀️ The biggest wave of the year was surfed by a woman. The Brazilian Maya Gabeira did it, in Nazaré (Portugal), with a wave of 22 meters. Another woman will be the first to head a large Wall Street bank, Jane Fraser, at Citigroup. | ‘NYT’ | FT

12. ⚖️ And global inequality was reduced. Income differentials between rich and poor around the world peaked in the 1980s, but have since narrowed. | Milanovic

13. 💴 People return the wallets. Scientists lost thousands of wallets to verify that most people return them, especially if they carry money. It is altruism (in part). | THE COUNTRY

14. 🏠 German refugees are doing well. In 2015, the country opened its borders to 1.7 million refugees. Five years later? More than half work and pay taxes; 10,000 go to university; and 80% of their children feel loved at school. | ‘The Guardian’

15. 👨‍👧‍👦 Vaccines work. Since 2000, deaths of children from vaccine-preventable diseases have been cut in half. Those with hepatitis, for example, are five times less. | OWiD | who

17. 😇 HIV infections have fallen 23% since 2010. The number of people with access to retroviral treatments has tripled since 2009. They are received by 68% of those infected. | UNAIDS

18. 🩺 A new treatment to prevent HIV in women doubles the effectiveness of the previous one. And more will be used: instead of a daily pill, it is given with six injections a year. | ‘NYT’

21. 🛸 Cars that fly? It’s hard to believe at this point – and it’s debatable that they’re a good idea – but a Japanese company has unveiled a flying car that it intends to bring to market. | ‘NYT’

22. 🧬 New technologies against crime. In three years, genetic genealogy has solved 200 homicides and rapes in the US Some cases have been open for decades. | Future Human

23. 👩🏻‍🏫 Computer-aided learning works. In rural China it served to reduce by 78% the differences between what rural and urban students earn when they grow up. As one student [of the program] says: “I feel like a student in an elite school in a modern city.” | EV

24. 🤖 Robots write. This week a newsletter let an algorithm write its news, to be tested. They gave it three words and what was invented does not sound bad at all, it said like this: “[The moon is]… officially a ‘failed state’, according to a new study that describes 14 months of activity on the moon. The authors of the work attribute a significant part of that recoil to the allusion system of asteroids and solar-panel failures. ” | Orbital Index

25. 🧫 The boom in artificial meat continues. Companies that want to produce meat in laboratories are multiplying (cultivating bacteria instead of fattening animals). The reasons? Stop killing 70,000 million chickens a year and take care of the environment. | Axios

28. 🇪🇺 Europe produced more renewable electricity than fossil fuel. It was the first time in history, and the sector reduced its CO 2 emissions by 23%. | Ember

29. 🏙 Air quality improved. Thanks to the environmental measures of the European continent, in 2018 some 60,000 premature deaths will have been avoided compared to 2009. | EEA

32. 🚌 Bogotá will start using hundreds of electric buses. It will be the largest fleet in the whole of America and will serve 300,000 citizens on 40 routes. | Mixx.io

34. 🐯 But that of Iberian lynxes increased 23% this year. The number of specimens in the Peninsula has increased from 94 animals in 2002 to almost 900. It is a success. | THE COUNTRY

36.👮🏾 Sudan criminalized female genital mutilation. According to the United Nations, 90% of the country’s women still suffer from it, but now it will be a crime punishable by jail. | BBC

37. 📚 More girls go to school. Since 1995, girls around the world who receive a secondary education have gone from 73% to 89%. The percentage of university students has tripled. | Unesco

38. 👨‍👩‍👦‍👦 More time caring for children. Between 1965 and 2010, Spanish parents (men) went from dedicating just 10 minutes a day to their children, feeding, cleaning or playing with them, to dedicating a little more than an hour to them. | OWiD

39. 🌅 Sometimes you don’t have to go far. A Swedish photographer had to cancel all his work abroad due to the epidemic; in return, he toured his homeland taking fantastic photos. | ‘ NYT ‘

41. 🚀 SpaceX became the first company to take humans into space. Two astronauts spent nine weeks at the ISS station before landing back: “Welcome to planet Earth. Thanks for flying with SpaceX. ” | ‘FT’

42. 👯‍♂️ “Our people can fly”, thought millions of people watching a viral video on the Internet. It starred an 11-year-old Nigerian boy who dances ballet barefoot in the Lagos drizzle.

Biotechnology have Rapidly Evolved in the Health Sector