Programs Of Government Resists Amidst Tensions 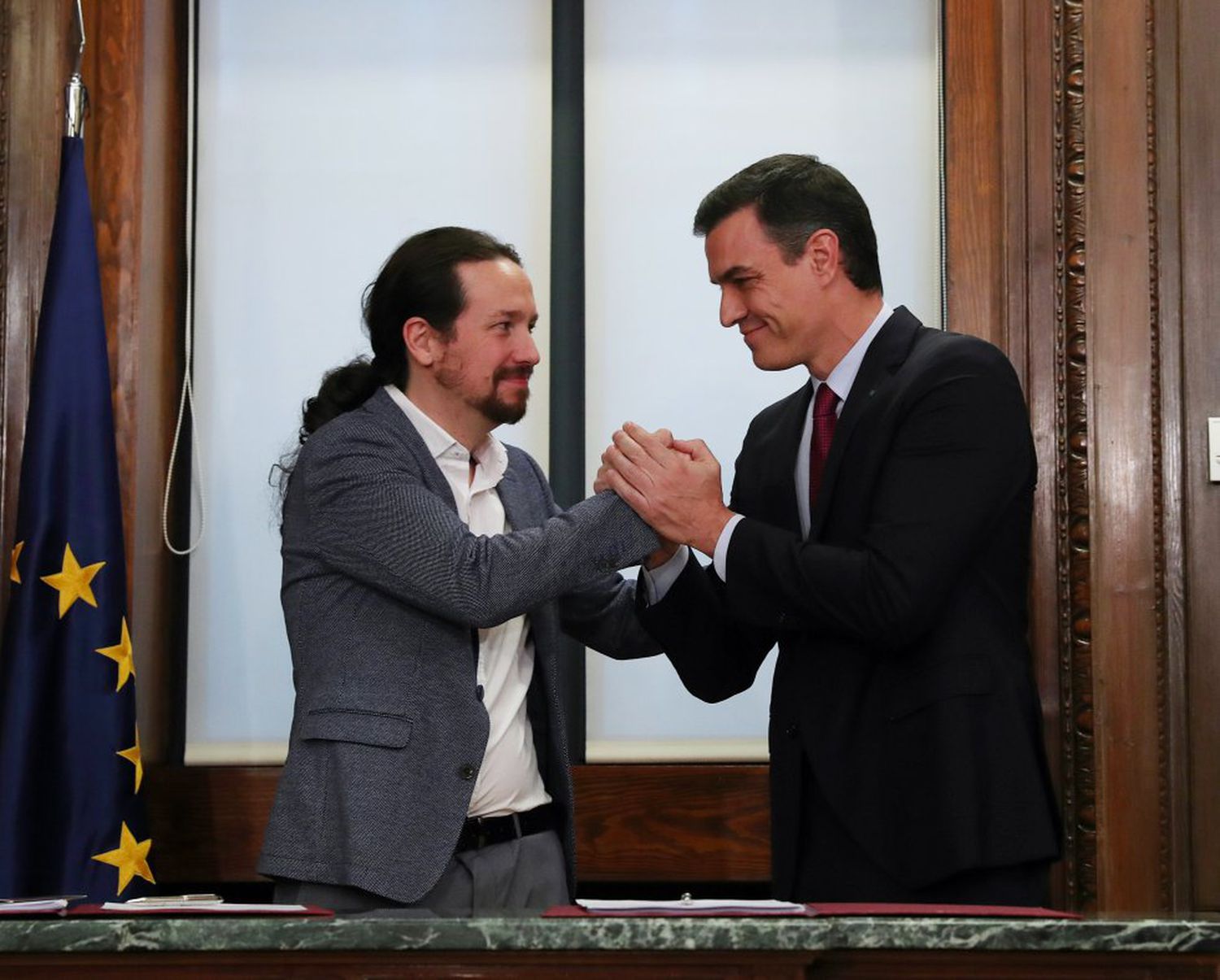 The world in which Pedro Sánchez and Pablo Iglesias signed , on December 30, 2019, the program of the first coalition government in eight decades is no longer the world of today. It’s only been a year, but it has been twelve months so dizzying for the entire planet that they have brought a real epochal change.

That is why it is not strange to find paragraphs of the document signed by the leaders of the PSOE and United Podemos that today may seem to be taken from a moldy parchment. As when they proclaim that they will work “for budget stability and the reduction of the deficit and public debt.”

The pandemic overturned old certainties and forced a newly formed government to confront the never expected. This unknown crisis has absorbed a good part of the energies of the Executive. Others have been spent putting the Cabinet partners in agreement and overcoming their parliamentary weakness.

Too many factors together for the agreed program to resist in its entirety months later. And despite everything, a prominent part of the coalition’s promises, especially some of social content, have come through even in the midst of the 2020 disaster.

Another thing is the commitments of the agreement still pending. There is looming a great internal battle and on issues of such depth as labor, tax and pension reforms.

Although the misadventures of the fight against the virus and the fighting in the government have made the thickest headlines throughout the year, the coalition has not abandoned some of its priorities.

The Executive has raised the minimum wage by 50 euros and the personal income index (Iprem) by 5% with which the granting of public aid is calculated, pensions have been revalued with the CPI, the minimum vital income has been approved -Very little applied still due to management problems- and Google and Tobin taxes .

The Government has fulfilled the promise to repeal the Lomce and apply a new education law based on the basic criteria set out in the common program. The announced euthanasia law is also about to enter into force,approved with a broad agreement from which only PP and Vox took off.

In Congress, after being sent by the Executive, the projects against climate change and tax fraud, as well as the protection of children, are being processed. Even without reaching the Chamber, the sexual freedom law is well advanced in its drafting to respond to another of the most touted commitments of the common program: “Shielding the no is no.”

The pandemic has not always been a brake. On the contrary: the catastrophic social consequences of the health crisis contributed to accelerating the approval of the minimum vital income, which at first the Socialists wanted to take with more time.

Without the virus – and without the massive arrival of European funds to alleviate its damage – the coalition Executive would not have been able to fulfill in just a few months commitments that were for the entire legislature, such as the substantial increase in health and R&D spending. D + i. The first is multiplied by almost ten in the Budgets of 2021 and the second grows by 80%.

Where the pandemic has moderated the initial claims of the coalition is in fiscal policy. United We can have ended up giving in and the tax increases for 2021 are lighter than expected in the program. Income tax will be applied to income from work above 300,000 euros and for capital income above 200,000, when the thresholds provided for in the coalition agreement were 130,000 for the first case and 140,000 for the second.

The formation of Churches has come to accept that, with the sunk economy, tightening the fiscal nut can have counterproductive effects. But United We can assure that it continues to be an objective of the legislature. And a more than sure source of conflicts with the economic vice president, Nadia Calviño, the nemesis of Iglesias and his ministers.

In the document that Sánchez and Iglesias signed on the eve of the previous New Year’s Eve, there was a main promise, practically the one that headed the program: “We will repeal the labor reform.” At that point, the change of era is radical.

The Minister of Labor, Yolanda Díaz, from United We Can, is not going to drop that flag. Only in front of him is Calviño, the businessmen and the Brussels prescriptions.

And Sánchez, after the agreement in the EU for the distribution of the large reconstruction fund, has redoubled his confidence in the economic vice president, with a long history in the community institutions. This matter is in full internal negotiation to see what line of labor reform is communicated to Brussels.

Yolanda Díaz has also run into the socialists in their attempt to raise the minimum wage again in 2021. With the increase this year, it is at 950 euros and the coalition promised to place it at the end of the legislature at 60% of the salary average for Spain (if it had been applied in 2020, it would be 1,028 euros).

PSOE and United We Can have agreed to extend the 950 euros pending an agreement to raise it, which, if achieved, would be retroactive, so the battle remains open for a few months.

In these matters, as in that of pensions, Iglesias tries to cling to the literalness of the program in the face of proposals from socialist ministers outside the coalition pacts. One of the most potentially conflictive is the one pointed out by the head of Social Security, José Luis Escrivá,it would reduce its average amount by 5.5%.

One of the chapters of the program that is almost unreleased is the one that refers to the democratic regeneration and reform of the institutions. This year there have been no leads on issues such as the limitation of surveys, the regulation of lobbies, the national plan against corruption or the reform of the Transparency Law.

In the balance of what has been accomplished, the extension of the maximum terms of the judicial instructions, introduced by the PP in its worst period of scandals can hardly be recorded.

In this part of the program there are also paragraphs that political circumstances have yellowed. In one of them, they are committed to “promoting consensus parliamentary agreements” to renew bodies such as the General Council of the Judiciary, the Ombudsman or the RTVE board of directors. That too now sounds like it came from another era.

A coalition government with 20 seats less than the parliamentary majority. Difficult to imagine greater weakness for an Executive. In the final balance, however, the government coalition has only lost three votes: the municipal financing decree that provoked a rebellion of mayors, the social chapter of the proposals prepared by the Congressional Reconstruction Commission and some partial amendments by ERC to Budgets that came out thanks to the support of the PP.

Outside of this last case, without many political consequences, Esquerra has been decisive in the parliamentary support for the Government. And the independence group has managed to introduce issues that were not on the coalition’s program.

The Executive will lower the penalties for crimes of sedition, which would shorten the sentences of the procés leaders, and study pardons for them. At the request of ERC, the consideration of Spanish as a “vehicular language” in the classroom was withdrawn from the new education law.

And the Government has promised to analyze a possible “harmonization” of regional taxes after ERC denounced the “fiscal dumping” of Madrid.