Number Of NEETs Rises For The First Time Since 2013 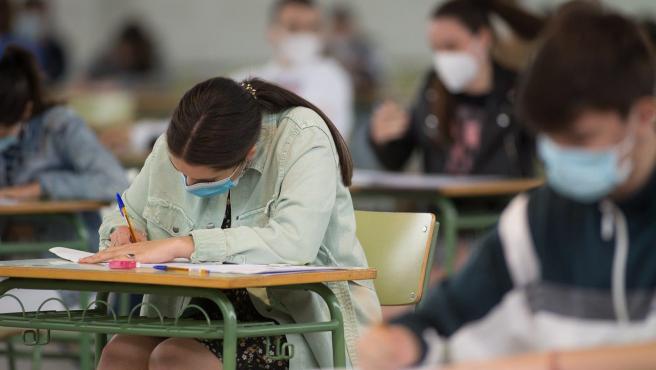 There are numerous reports that point out that young people are being one of the groups hardest hit by the social and labor consequences of the pandemic and this Tuesday a new data has been released that corroborates this: the percentage of kids between 15 and 29 years of age who neither study nor work rose 2.4 points in 2020, to 17.3%.

This year-on-year increase breaks the downward trend that began in 2013, when the highest value was reached, registering 22.5%.

Minister Isabel Celaá, during the Education Sector Conference. Celaá announces to the CC AA an investment of 4,500 million: more places for 0-3 and FP, 236,000 interactive digital classrooms.

These figures are collected in the expansion of the Active Population Survey (EPA) published this Tuesday by the Ministry of Education and Vocational Training , with information from the National Institute of Statistics , and are explained by the context of a general drop in employment that has caused the Covid-19 crisis and that has especially affected that age group.

In this way, the percentage of the population that studies or is trained continued to grow, reaching 57.3% -0.7 points more than in 2019-, but in circumstances in which youth unemployment shot up to 40 , 1%, compared to 30.5% the previous year. The number of employed young people who are not training thus fell by more than three points: from 28.5% to 25.4%.

Despite this panorama, the expansion of the EPA also reflects positive aspects , such as the fact that last year the proportion of young people between 20 and 24 years old who have reached at least the level of Secondary Education of second stage, that is, the Baccalaureate, Basic Vocational Training or the Medium Degree. Compared to 2019, this represents a slight increase of 1.9 points, but since 2010 it reflects an increase of 14.4.

The ministry points out that this indicator is in correlation with that of early school leaving , published in the advance of January 29, and that it indicates that the rate was 16% in 2020, 1.2 points less than the previous year.

“Reducing the rate of early school leaving and increasing that of graduates from Baccalaureate or Middle Level Vocational Training is one of the main objectives of the new Education law, Lomloe , which has just come into force.

To do this, it designs a flexible system and open, with a more competent curriculum, and commitment to school reinforcement and diversification of itineraries, with walkways between them “, they have taken the opportunity to stand out.

Minister Isabel Celaá herself , who has echoed the educational data through her Twitter account, has remarked that “with the Lomloe, thanks to the flexibility of the itineraries and the educational reinforcement programs , early abandonment will be reduced and the level of training of young people will increase. ”

He also spoke about the issue two weeks ago, when he told the counselors in the field that the Recovery, Transformation and Resilience Plan that will guide the execution of European funds contemplates 4,514 million euros for Education within three years . “We have to focus our efforts so that at least 90% of young people complete post-compulsory education,” he said then.