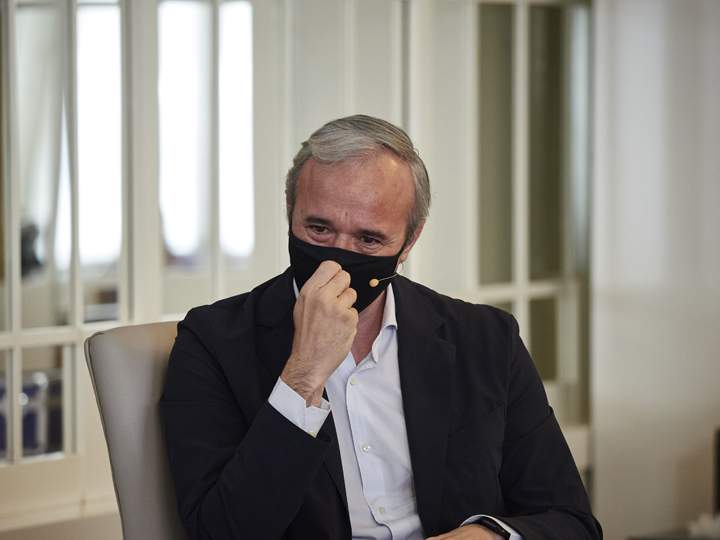 DPZ And Zaragoza City Council Join Mark1199 Forces For Rural Neighborhoods. The president of the Zaragoza Provincial Council, Juan Antonio Sánchez Quero, and the Mayor of Zaragoza, Jorge Azcón, have signed the new collaboration agreement on equipment and infrastructures in the rural neighborhoods of the Aragonese capital and coordination in the provision of services for the province.

By virtue of this agreement, the Diputación de Zaragoza (DPZ) undertakes to once again contribute to the city 3 million euros per year between 2021 and 2024 for its rural neighborhoods and another million more each of those four years for the provision of different services from which the rest of the municipalities of Zaragoza will benefit.

The DPZ will transfer 12 million euros in 4 years to continue financing actions in the rural neighborhoods of the capital with the commitment of the Zaragoza City Council to allocate 9 million to carry out new works and use the rest –3 million – to finish the projects pending the previous agreement. This means that the City Council will assume around 50% of the increases that occur in the budget initially planned for those actions not yet executed.

In addition, the City Council will receive 4 million more between 2021 and 2024 because it is committed to providing the fire service in all the municipalities of the Central Region and also in La Muela; to allow the garbage from the Ecoprovincia project, the public service created by the Provincial Council to comply with the legal obligation to recycle at least 50% of all waste generated in the province, to the Zaragoza Urban Waste Treatment Center (CTRUZ); and to allow the abandoned dogs that the DPZ collects in the towns of the province to be deposited in the Municipal Center for Animal Protection once the current chenille warehouses have been expanded.

The new agreement has been signed after being approved by the plenary session of the provincial institution and by the governing board of the Zaragoza City Council. It will be in force until December 31, 2024 and before that date both parties may agree to extend it for another four additional years.

Sánchez Quero stressed that the new agreement “represents the continuation of a collaboration that began 28 years ago. The Zaragoza Provincial Council and the City Council share an interest in optimizing resources and improving the well-being of our citizens, which is why this new agreement does not It only guarantees investments in all the rural neighborhoods of the capital by establishing a totally objective and transparent distribution criterion, but also extends to other areas of collaboration such as the provision of the fire service, waste management or the reception of dogs. without an owner, “he emphasizes.

The Mayor of Zaragoza has expressed his satisfaction with the agreement reached, which “represents a great improvement over the previous ones due to its endowment, its ambition and the expansion it entails in terms of the provision of services between both institutions.” DPZ And Zaragoza City Council Join Mark1199 Forces For Rural Neighborhoods.

Azcón has remarked that this agreement is “the expression of the best policy, which seeks to solve the real problems of citizens from dialogue and cooperation between administrations regardless of the party acronyms of those responsible.”

Pending works
In the new agreement, the DPZ and the Consistory agree to extend until December 31, 2023 the validity of the works agreement in the rural neighborhoods of Zaragoza that both institutions signed for the period 2017-2019 “in order to guarantee full execution of the included works “.

Regarding these pending actions, the protocol also establishes that the Zaragoza City Council must allocate 12 million euros “for the execution of infrastructures, equipment, works and services in all the rural neighborhoods of the municipality of Zaragoza” and that 9 of those 12 million will be allocated “to new investment actions.”

The remaining three million will be to complete the projects not completed in the previous agreement, thus assuming the City Council around 50% of the increases that occur in the budget of those pending actions. DPZ And Zaragoza City Council Join Mark1199 Forces For Rural Neighborhoods.

In addition, the agreement guarantees investments in all the rural neighborhoods of the capital, since the Consistory assumes the commitment to distribute the 3 million euros per year that the DPZ will transfer to it for that purpose with a totally objective and transparent criterion: 40 % of the money will be distributed through a fixed equal to all rural neighborhoods and the remaining 60%, depending on their officially registered population.

Fire service
The Zaragoza Capital Law establishes that the Zaragoza City Council will collaborate with the neighboring municipalities and the surrounding area in matters of rescue and fire extinguishing whenever it is required to do so and under the terms and conditions contemplated in a collaboration agreement that must be formalized with the competent administration, in this case the DPZ.

Since last July 7, the firefighters of the Aragonese capital already provide service to those 21 municipalities in their surroundings on a provisional basis. This collaboration becomes definitive with the signing of the new agreement while it is still in force, and for the firefighters to intervene in those towns it is enough that 112 Aragon requests it.

Ecoprovincia is a public service created by the Zaragoza Provincial Council to make it possible for all municipalities in the province to take their garbage to the CTRUZ and thus comply with the legal obligation to recycle at least 50% of their domestic and commercial waste.

The technical conditions and the procedure to be followed will be those established in the collaboration agreement that both institutions already signed in June 2018, which will continue to be in full force and application.

Likewise, once the chenile warehouses of the Municipal Animal Protection Center have been expanded, the Zaragoza City Council undertakes to collaborate with the care in these facilities of the dogs collected by the DPZ in the municipalities of the province.

Previous agreements
The previous collaboration agreement between the Zaragoza institutions for the improvement of the infrastructures and equipment of the rural neighborhoods of the Aragonese capital was signed in March 2017. As a result of this, during the years 2017, 2018 and 2019 the DPZ already contributed to the Consistory 3 million euros each year. Afterwards, the agreement has been extended to facilitate the execution of pending works, so that it is currently in force until October 30 of this year.

In addition, in June 2018 they signed a second collaboration agreement so that the municipalities of the province can take their domestic waste to the CTRUZ in Zaragoza through the Ecoprovincia service. This agreement was signed for four years, extendable for another two two-year terms.