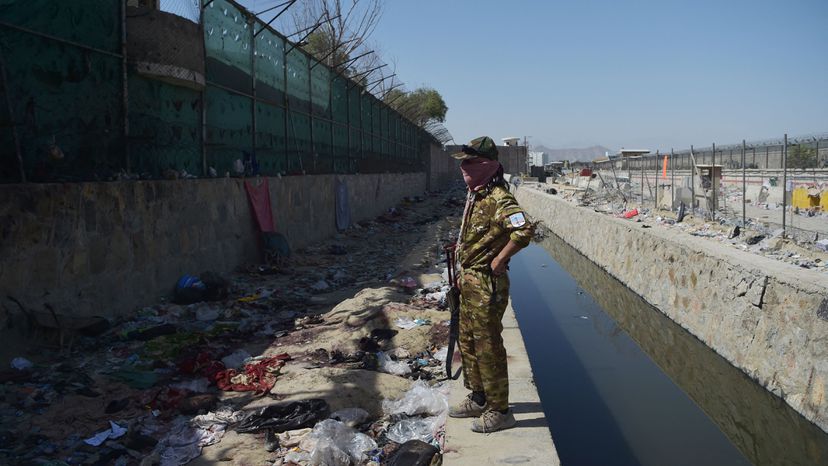 Abdulkadir gives an incredulous half smile when asked why he has fled Afghanistan , as if the interlocutor was playing a joke on him or was a being from outer space. In fact, it is the reaction of almost any Afghan refugee to that question. Why does the rain get wet? Why does one flee Afghanistan? The answers are obvious.

“Five years ago, the Taliban started attacking various places in our province. There were villages that the Taliban captured at night and then the Army would come and take them back during the day. But six months ago, they already began to enter our town, ”explains Abdulkadir. He and his family belong to the Uzbek minority in Afghanistan and lived in the northeastern province of Tahar (on the border with Tajikistan), in a town where they led a life dedicated mostly to the countryside.

The Taliban raised their flag in the provincial capital, Taluqan, on August 8, although since 2019 they controlled several districts of Tahar. Wherever they govern, they have imposed their atrocious laws and set up their harsh courts, used to ordering corporal punishment. Many institutions, including hospitals and schools, have ceased to function. “Everything that was alive and animated has withered. Women cannot go out without the company of a man. For example, a woman from our village, a teacher, wanted to continue teaching, and the Taliban whipped her, and also her husband, for allowing them to do so ”.

The eyes of her eight-year-old son Fazil Ahmet spin nonstop, as if searching for something, perhaps the flies that hover in the room where they live, covered in grimy carpets, in the city of Van, in eastern Turkey. It is the best that Abdulkadir has been able to find to accommodate the 11 members of his family and that of his sister-in-law, whom he supports by working as a dishwasher in a restaurant, 12 hours a day, for about five euros a day.

Next to Fazil Ahmet, Mohammad, his year and a half cousin, is dozing feverishly. But despite the appearance of being lost in another world, Fazil Ahmet and his 10-year-old brother Samirhan closely follow the rosary of horrors that their father reels. It is his life, after all. A life of attacks, bombings and escapes. They have lost brothers and, Fazil Ahmet, also half of their arm.

At the home of his aunt, Nasringül, Abdulkadir’s wife’s sister, two mortar attacks by the Taliban killed her husband first and one of her daughters later. “He didn’t sleep day or night. They attacked Army helicopters and the Taliban bombed, “says Nasringül:” I couldn’t stay in Afghanistan. If women are not allowed to go out, who would take care of my family as a widow? I was afraid that they would force me to marry a Taliban. ”

Taliban “walk them”
Most of the Afghans arriving in Turkey in recent weeks come from the northern provinces, captured by the Taliban before Kabul, and many of them belong to the Tajik and Uzbek minorities, while the majority of the Taliban are ethnic Pashtun. “Of course, if you are an Uzbek you can collaborate with the Taliban, and they may give you a good position, but most of them do not do it if it is not out of obligation.” In fact, part of the rapid Taliban advance is explained by the wide and dense network of spies that the Taliban have forged in recent years, both willing collaborators and those forced to spy under threat, says Abdulkadir.

This is confirmed by Dost Mohammad, another young Afghan recently arrived in Van. His father was an intelligence officer in the Afghan National Army, although he only learned that after his death. In 2019, when he was traveling between Baghlan and Mazar-i-Sharif, he was ambushed by the Taliban: “I was traveling in a civilian car, a Toyota Corolla that was just bought three days earlier. But they knew exactly when it was going to happen. They attacked him with a hand grenade launcher just outside Puli Khumri and then machine-gunned his car.

They were going for him, because five minutes later a military convoy passed by and they did nothing. Someone betrayed my father, out of envy or enmity, he sold him to the Taliban ”. Dost Mohammed was studying the last year of the institute at the time, but had to leave it to work and support his family, until, smelling the arrival of the Taliban, escaped. His idea is to get to Istanbul and then to Europe, to work, to get enough money to be able to get his mother and brothers out of Afghanistan.

Said Sabir Ibrahimi, an Afghan expert at New York University’s Center for International Cooperation, explains that “the Taliban have not captured the entire country overnight. They have been fighting for control of half of Afghanistan since 2014, when NATO troops withdrew [to Kabul] ”. And he adds that “since then, there has been a flow of displaced people from rural areas to cities, and from there to larger cities such as Herat, Mazar-i-Sharif or Kabul. Afghans fear the Taliban not just because of their 1990s regime, but because of their actions over the past 20 years. They have planted bombs, attacked towns and killed people. ”

Mursal, 22, with a two-year-old blond boy in her arms, is nervous and asks not to be photographed. After being arrested while illegally crossing the border between Iran and Turkey last Monday, she and her husband and children have been detained in the Van immigration deportation center. Months ago they fled Maidan Wardak province for fear of the fighting and took refuge in Kabul, like half a million Afghans who, according to UNHCR, have been displaced by the war during 2021.

Seeing that the Taliban were also closing in on the Afghan capital, Mursal and his family decided to flee: “My husband worked with the Americans in 2013. It was just a logistics job, but for this he had to give his information to the Ministry of the Interior. Now the Taliban have those databases, with all the information and biometric photos ”. To fleeing Afghans, the fundamentalists’ promises of amnesty ring hollow. It is not simple mistrust; This is what happens in provinces whose control they have held for weeks or months.

Abdulkadir speaks proudly of one of his nephews. A “brave” young man. He shows a video on his phone in which he gives a speech from a podium to a group of villagers, stressing the need to stop the Taliban. “He was fighting alongside the Army, but perhaps he was talking too much.” Abdulkadir’s face darkens and his voice lowers: “A month ago, when we got here [to Turkey], I received the news that the Taliban had killed him along with other relatives of ours, but I have not told my wife. still, so she doesn’t get more nervous. ”

It is not the only case, Abdulkadir has received several reports of disappearances: “The Taliban are taking people out of their homes at night, especially those who had charges with the previous Government, and then they kill them, or disappear.”