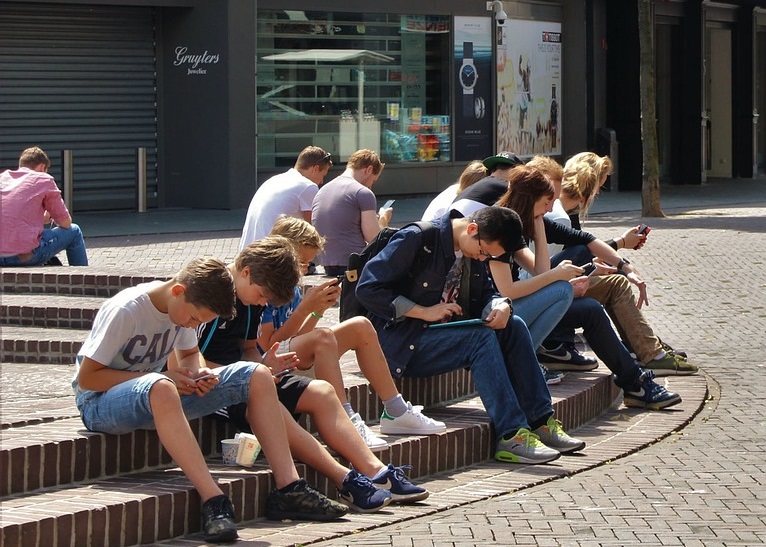 The stoppage that face-to-face educational activity suffered last year and the increase in the youth unemployment rate as a result of the pandemic have placed many young people in a situation of indefinite stagnation. They neither study nor work , nor do they know exactly when they will be able to resume one or both activities.

A report published this week by the Ministry of Education indicates that the percentage of young people between 15 and 29 years old who are in this situation of inactivity rose to 17.3% in 2020 , 2.4 points more than the previous year, thus breaking the downward trend that began in 2013 when this rate reached its maximum value (22.5%).

Guillén, a 21-year-old young man from Zaragoza , is now in that state of imposed and unwanted paralysis. He was about to complete a higher degree in the Realization of Audiovisual Projects in his city when COVID-19 broke in and saw all his plans suddenly vanish.

“ I only had the practices, which were my main objective . I had them precisely in March, but they confined us and told us we couldn’t do them. I even had a company already selected to go to and that was what it was going to do for me to get to know the sector and start my career path ”, explains the young man in a conversation with RTVE.es.

A young man does a class practiceGuillén, during an internship he did when he was in higher education.
Finding himself at home and confined, he decided to take a kind of “sabbatical” to think about which way to go when the situation improved. Meanwhile, he says, he was helping out at home and looking – unsuccessfully – for a job that would allow him to later enroll in film school.

“I want to work and I want to continue studying , but to study I need money and to get money I need to work,” clarifies the young man, who is now preparing the application for some scholarships that could help him, he says, to continue training.

Guillén is very far from fitting into the concept of the so-called “ninis” and assures that being trapped in this way by the effects of the health and economic crisis made him see “everything very black” for many months.

“During the confinement I had an episode of anxiety because I said, ‘OK, the path is here and it is the same for everyone’, but when you finish the upper grade you see yourself at the critical moment in which you have to take a decision and you don’t know where to go or how to enter the world of work . I have felt completely frustrated ”, recognizes Guillén.

According to data from the Ministry of Education, the increase in the number of young people who neither study nor work is directly “related to the lower unemployment rate in this age group”, since the percentage of the population that studies or is trained continues rising to 57.3% in 2020, 0.7 points more than in 2019.

Raúl, another 26-year-old, has seen how in recent months this unpleasant scenario has also obstructed his working life. He, a journalist based in Madrid, found himself unemployed at the end of August and, since then, has been looking for a new job without success.

“I have felt frustrated because what I have seen is that the reasons why I was not working had nothing to do with me”, laments the young man, who affirms that in the communication sector there are hardly any job opportunities and those that exist are ” very precarious ” .

Another piece of information that emerges from the Education report is that the percentage of employed young people who are not training has fallen more than 3 points, from 28.5% in 2019 to 25.4% in 2020, in the same context of a generalized fall in the employment as a result of the pandemic.

That was the situation Victoria found herself in at the beginning of 2020 and until the hotel restaurant where she worked was forced to permanently lower the blind; She did not resist the consequences of the total closure of the first wave and the young woman was doomed to unemployment.

Her circumstances are very different from those of Guillén and Raúl because she, a 19-year-old from Granada, never finished Compulsory Secondary Education (ESO) and, precisely, planned to resume her studies in 2020.

“I studied until 3rd of ESO and because I had already repeated many times. I changed institute and it got worse and I already said ‘I’m quitting’. I was stupid because now I really regret it … Last year I was going to start studying again and because of COVID I didn’t do it, ”says the young woman, who has continued to extend her goal of finishing High School ever since.

What stopped her, she explains, was the fact of having to prepare and take the free tests to obtain the title electronically. She is not so comfortable with the ‘online’ mode and preferred to wait until the face-to-face system returns.