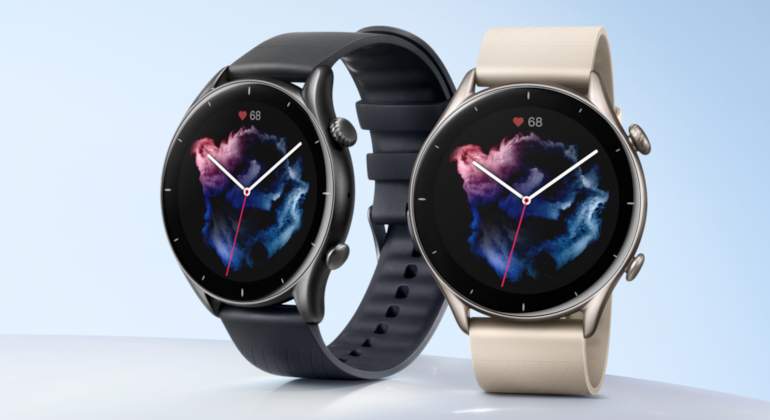 Amazfit has presented its new range of smart watches, more focused on improving our health thanks to new functions.

The Amazfit brand may have started its journey in Spain with Xiaomi watches and bracelets, but it has already become an independent brand such as the manufacturer Zepp Health (formerly known as Huami), and one of the main alternatives in the competitive sector of smartwatches, with the GTR and GTS.

The new generation intends to continue that path, with new models specialized in health-related functions. For example, they feature an easy 4-in-1 health measurement , which can check four different metrics with just one tap. The key is in the BioTracker PPG 3.0 sensor, capable of measuring heart rate, blood oxygen, stress level and respiratory rate, within 45 seconds.

In the same way, data such as heart rate is recorded throughout the day, which not only allows you to check the history, but also to receive alerts for high or low frequencies.

Amazfit GTR 3
The great asset of Amazfit is that it uses its own system, Zepp, which is compatible with most health platforms ; so for example if we use Apple Health we don’t have to wear an Apple Watch, these Amazfit watches can be connected to sync our data. It is also compatible with Google Fit, Strava, Relive, Runkeeper, and TrainingPeaks.

Of course, that also implies that these watches work with both iOS and Android; As a personal assistant, Alexa is used , allowing us to ask questions and activate functions such as sport modes with just our voice. We can also use the rest of the Alexa functions, such as controlling our smart appliances.

Amazfit GTR 3 Pro
Another advantage is that from the same watch we can do many things, without having to pick up the mobile and use the app. The interface has been designed to be “intuitive and powerful”, displaying health and wellness data for the last seven days

The range is made up of three different models. The Amazfit GTR 3 Pro is the most advanced, with a 1.45-inch AMOLED Ultra HD circular screen and a screen-to-body ratio of 70.6%. The battery is larger, 450 mAh, which allows it to last up to 12 days, and allows you to make phone calls by connecting to the mobile via Bluetooth. The price of the GTR 3 Pro will start at 199 euros.

All the new Amazfit will be available from October 18, although El Corte Inglés will offer them exclusively in advance, from October 14 to 17.